There’s a huge sense of relief after delivering a body of work to a gallery, and leaving it there with the gallery director… the next time you see the work, those paintings (or whatever it is) that you’ve pretty much lived with every day for months— are all installed in a stunning space, beautifully lit, waiting to be seen and experienced by others. [I’m truly fortunate to have my work currently showing at The Alexey von Schlippe Gallery of Art, at the University of Connecticut. The Gallery is dedicated to the memory of the late Alexey von Schlippe (1915-1988), an innovative and accomplished painter, born in Russia, and former Professor of Art at the University of Connecticut at Avery Point.] 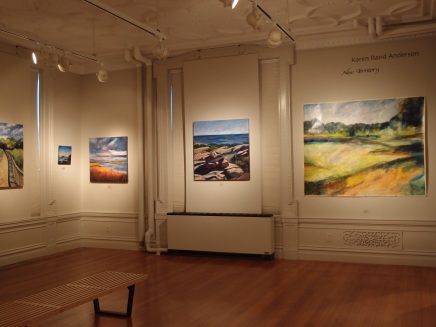 When people begin showing up for the opening, with wine in hand, saying complimentary things, congratulating you, it’s a grand feeling, for a couple of hours. 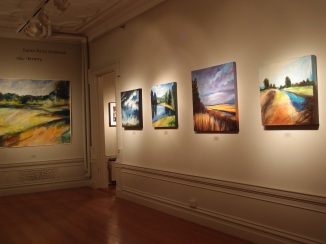 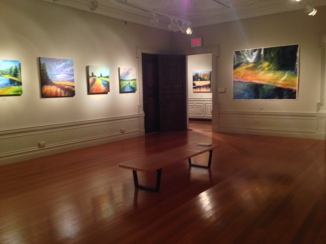 It is wonderful, if stressful, to spend months getting ready for a show, have it be installed, and then have a big opening. You see old friends, talk about your work, get congratulated. And then…. it’s over. 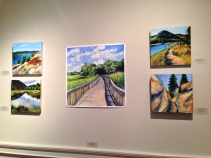 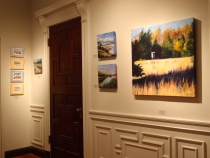 There is a post-opening grayness that settles in a day or two later. Getting back into the studio and trying to pick up where you left off just doesn’t happen, at least for me. That said—I’m immensely grateful and happy to have my recent work hanging in a beautiful gallery for six weeks, and it is a great feeling. (Of course, it would be icing on the cake to have the work sell.) But—getting back into the saddle is a challenge. Time to make new art. In order to make it happen….(it’s inevitable….) it’s the perfect time to… clean up the studio. ’Nuff said.

Procrastination. It’s one of those constant challenges that lurk under my bed, along with the ever-present impostor syndrome that I struggle with. (I started writing this blog to fight this stuff.) I know myself well enough to know that if it weren’t for deadlines, I might not get anything big accomplished. Which is why I feel so fortunate to have them, big fat deadlines. The current one looming  (which I’ve had on the calendar for the past couple of years) is Friday, April 25th, the date of my exhibition opening at Alexey von Schlippe Gallery of Art.

Actually, the real deadline is on Tuesday, the 22nd. That’s when I deliver the work to the gallery, which is about an hour away. I’ve already reserved the UHaul van, and yesterday most of the paintings got wrapped up and taped, in heavy plastic sheeting. Still need to put wires on about 11 paintings… So far it looks like 30 paintings will be installed, from big (53×65”) to small (10×10”), although if I have it together, one more little painting will be finished by Tuesday. 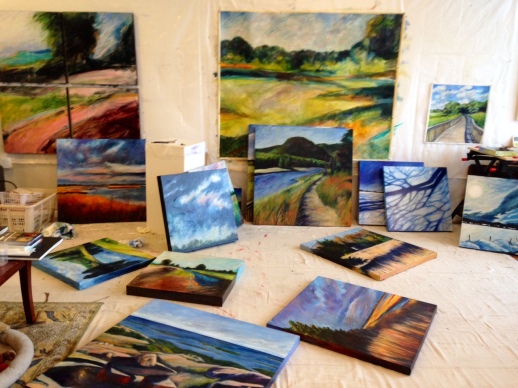 a bunch of paintings about to be wrapped (typical studio, although usually they are not scattered all over the floor)

I’d love to hear from you about how you work with deadlines and establish goals. And if you happen to be anywhere near Groton CT before June 7, maybe make a side trip to the AvS gallery, and check out my show there… it’s an amazing place to visit, a huge stone mansion, with a gorgeous sculpture path along the water (slideshow— you can advance the images manually) and beautiful grounds and ocean views. Worth a trip… 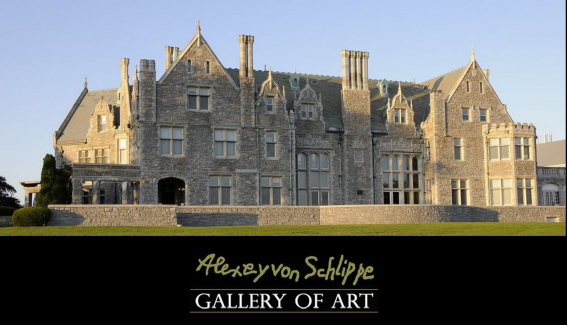 P.S. The gallery has four rooms, and there are three other artists showing in the other rooms. Here is the link to preview the show.

Painting a piece of a painting…? I’ve played with this idea in the past (not very successfully)– to isolate a small section of a painting, and reference it to make a large painting. If only I could magnify the immediacy and verve that live in those sexy little sections that were produced through spontaneity and intuitive mark-making, and create BIG paintings echoing those same qualities. Sounds easy. Ha.

So my last post showed the large piece I recently finished— “New Territory”.

What I didn’t say about it  is that it’s actually referenced from a very small detail from another painting, “Shadow Walk”, 36×36”, mixed media on wood panel. See the loose reference? This detail is about 4×6″. (I left out the dead tree in the 53×65″painting.) 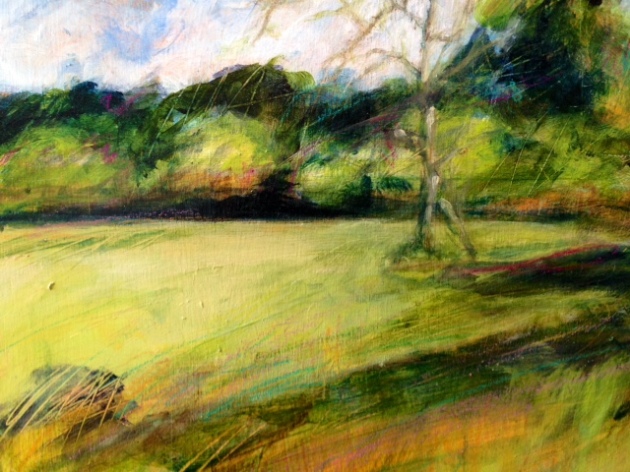 And here’s the original painting:

Abstract expressionist Franz Kline  was able to maintain that freshness from small sketches to gargantuan canvases.  He loved the quality of the mark-making in his small quick brush sketches, and in 1948 when his buddy Willem de Kooning turned him on to the Bell-Opticon opaque projector, he discovered he could project those small energetic strokes as enlarged abstract gestures. He grabbed a big brush, some black house paint, and used the projected images as templates for some very big paintings, which became huge calligraphic statements on the canvas.

When Kline first projected one of his small ink sketches onto the wall, this is what he described:

“A four by five inch black drawing of a rocking chair…loomed in gigantic black strokes which eradicated any image, the strokes expanding as entities in themselves, unrelated to any entity but that of their own existence.”

Here’s a short, jazzy little video from the MoMA about Kline’s painting process.

Keep in mind that the bigger you go, the more you spend— time, materials, energy. Bigger brushes=expensive; bigger canvas or panel= way expensive; more paint (oil or acrylic) = way, way more expensive.  Klein used black enamel house paint because he could get it inexpensively, and loved the workability of it. [Oh well, I’m a coloroholic, I’ll  admit it. Also I use water-based materials. No more toxic stuff in my studio] So, big for me is say, 60 or 70″. Big for Kline was, well, REALLY big.

While Kline sometimes used a projector to magnify his images, I take small digital detail pics with my iPhone and then make awkward sketches of them in my art journal before attempting to translate the image into a larger scale. I wonder. Should I find a projector?

detail, from “Vermont Reflections” On it’s way to becoming a big painting…. maybe.