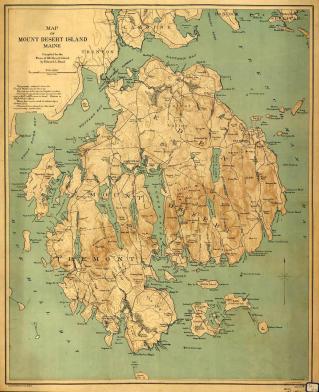 Islands. If you live on one, your life is defined by either “on the island” or “off the island”, and you most likely love your island. If you are lucky enough to have a special one you can escape to from time to time, and be inspired by, well, you’re lucky. 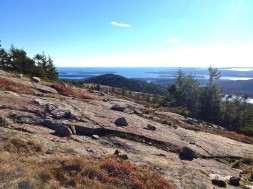 view from backside of Sargent Mt. 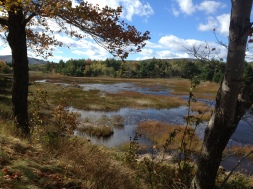 the ubiquitous Balance Rock, on the shore path in Bar Harbor

at Wonderland, on the backside of the island

from the top of Cadillac Mt.

MDI, shorthand for Mount Desert Island, Maine, is technically an island, although it’s attached to the mainland by a causeway. Geographically it’s a land unto itself, and when you drive over that causeway, you are leaving the mainland behind, and you get that sense of “ahhhhh.” Historically, it’s a fascinating tapestry, ancient Abenaki Native American history mixing with 17th and 18th century French and English exploration and settling, and early 19th century establishment of island life. (Way too much to address here.. but if you’re curious, click on the links … Great stuff.) 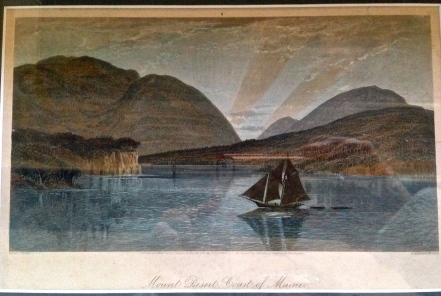 photo of an old print I have, a schooner sailing in Somes Sound … (my reflection is in the glass)

So much has been written about MDI and so many paintings have been produced here that it’s almost redundant to try to capture it in a little blog post, but I have a few choice things to show and tell. (Over thirty years-worth, actually… but that’s a different story.) My recent penchant for focusing on landscape is directly related to my love for this place, especially Acadia National Park, which is located on Mount Desert. 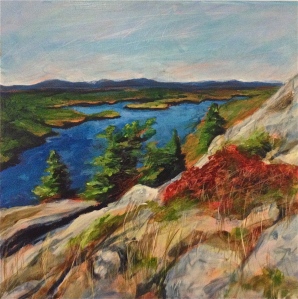 Naturalists, artists and writers were drawn here in the early/mid 1800’s, including Thomas Cole and Frederic Edwin Church,  inspired by the incredible beauty and rugged terrain, and wealthy seekers of summer idyll followed soon afterward, building lavish “cottages”.  Artists, writers, and nature-lovers (and tons of tourists) are still drawn to the natural beauty here. The magic is palpable on this island… 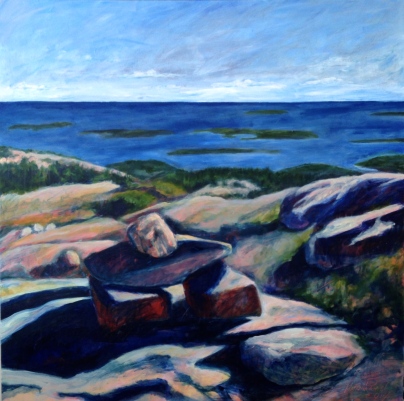 There is an Artist-In-Residence program at Acadia that offers you (as an artist) “the opportunity to pursue {your} particular art form while surrounded by the inspiring landscape of the park.” For more information and to find out the details, click here. (Though I have not been an artist-in-residence at Acadia, I know several artists who have.) 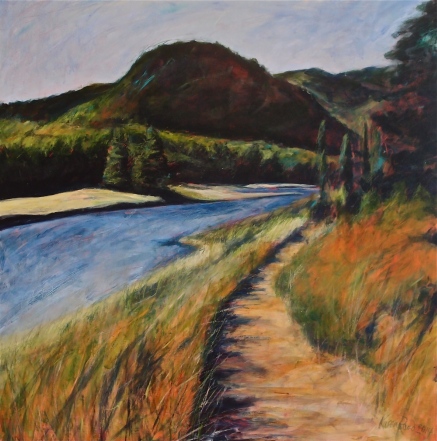 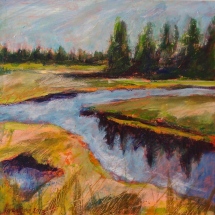 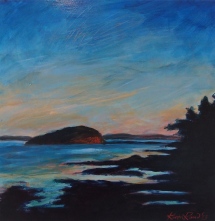 Mount Desert Island (“île des Monts Déserts”, or Island of the Bare Mountains) is a place that instills creative inspiration in anyone who has the opportunity to explore it. Choose your path… 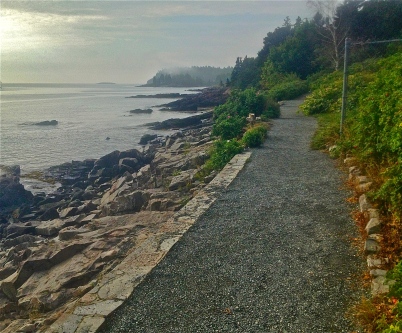 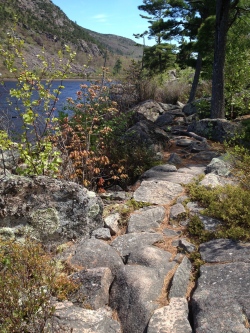 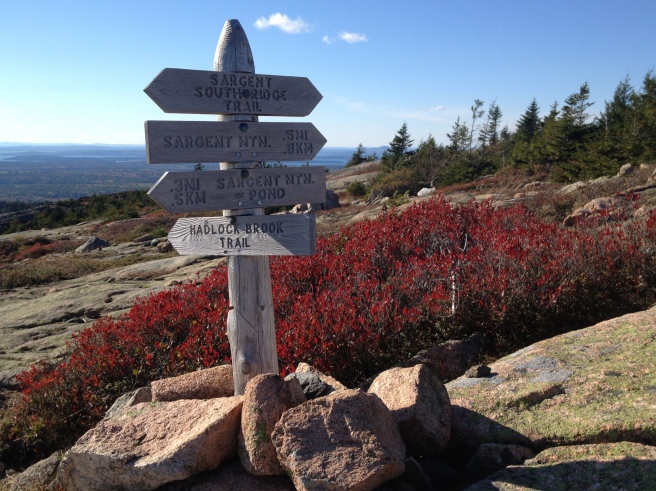 There is so much more that I could share, but I’ll just say– if you ever get the opportunity (apply for a residency!!) come visit. Hike, paint, write, photograph, whatever.  Lucky me… 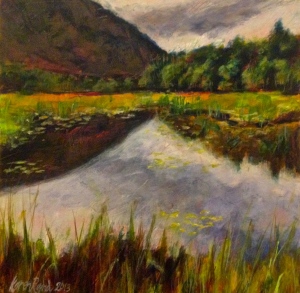