What is is about the cuteness (or weirdness) of bunnies? According to painter Shari Weschler Rubeck  (aka Sumo Bunni)—“In 2011, the Bunni became my story teller and continues to do so.  He or She is in a mood, communicating a specific experience.  [The Bunnies] are metaphorical messengers who relate to us easily.  They beg for us to look at ourselves and perhaps find humor in the serious.”

When I first saw the strange and magical work of Shari and her sculptor husband Christian Rubeck, at Gallery Z in Providence RI, I did a double-take, slowly perusing all the work at least twice over. The room spun with bizarre and wonderful imagery, peppered with off-beat humor. It took me a while to figure out that the pseudonym Sumo Bunni was actually the artist Shari (thank you, Facebook) and now I get it. 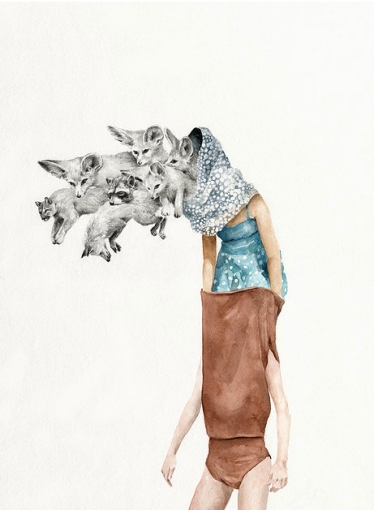 Shari’s massive body of work is comprised of several recent series which relate to one another in, well, odd ways. Best to put it in her words: “Life experiences, human psyche, curiosities of animal nature, elements of theatre, dance, backstage goings-on and pun drive my imagery.  Working in series that often materialize simultaneously, my imagery is primarily figural in nature.” She has a background as a dancer, which is apparent in the imagery and narrative in her work, and a BFA in painting from Maryland Institute College of Art.

There were so many of Shari’s paintings and drawings I wanted to post here, it was tough to pare it down to just 8. Or 10 or 12. But to see lots more and and figure out the Sumo Bunni mystery for yourself, visit Shari and Christian’s website, ArtInMind.org (FYI- Along with some other venues, Shari has a show coming up this year at Chez Pascal,  one of Providence East Side’s BEST restaurants.) 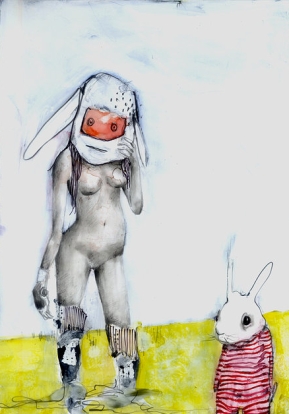 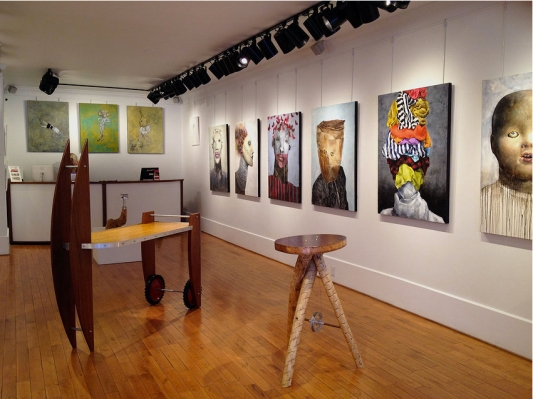 Weschler/Rubeck show at Gallery Z, showing some of Christian’s sculpture and Shari’s paintings, 2012

p.s. Shari and Christian have two awesome artist offspring, Skyla, 11 and Desi, 9. (It’s a family art affair, and they recently had a show titled “The Rubeck Four” at Coastal Living Gallery in the quaint village of Wickford, RI.)